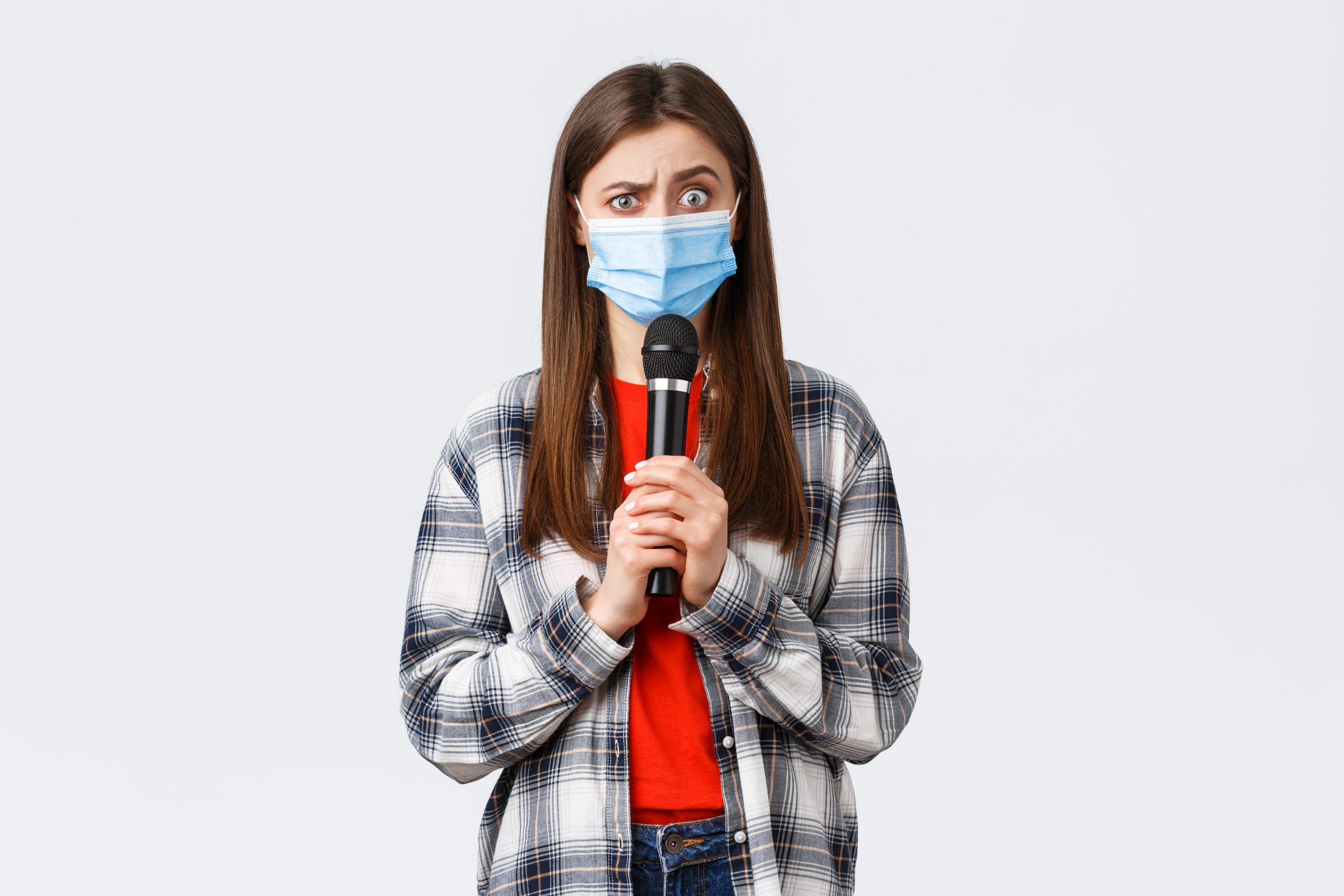 Creating an Audio Drama Out of a Crisis

Tonight is the final tech for an audio drama I’m directing.

And when I say “I’m directing” that’s shorthand for “a whole bunch of people have been creating together”.  Audio designers, writers, directors, actors, producers – a whole production team from our local theatre who’ve been meeting every week for months to get this show on the road.  Or rather on the air.

It sounds like a long time for something relatively simple, doesn’t it?  I mean, how complex can audio drama be?  It’s just talking after all. But, whilst the theatre had actors, directors, writers and production staff  – they had never produced any audio drama.  So we were starting from scratch.

Back in February this year, I’d taught an “Introduction to Audio Drama” course at Questors in Ealing.  It was a hands-on, Saturday evening class for actors that explored the differences between stage and audio acting.  But I never got to teach the final class.  It was scheduled for March 21st – two days before the official Covid 19 lockdown.  Everything was getting scary.  And the theatre was shut down.

In the middle of April, the Artistic Director, Alex Marker contacted me: would I be interested in creating some real audio dramas with the company? The theatres were dark and there was an entire membership of creative people who – well – wanted to create.

And two weeks later, we had assembled a small project team.  For a company who hadn’t actually produced any audio drama yet – it was pretty darn impressive.  There were professional, experienced audio designers, the head of Sound Staffing, a writer and director, the head of the New Writers group, actors – and me.

But we were still a theatre company.  Used to staging more than 20 full-scale theatre productions every year.  Audio acting felt like another omnidirectional microphone entirely.

May was a steep learning curve.  And there was a lot of Zooming.

Everyone needed to get set up at home with recording equipment – no mean feat in the depths of lockdown – and at that point few of the team even had a mic.

It felt like a mad experiment.  There was me – all set up with a sound booth and recording for companies around the world by day – and then by night we were delving into iPhone apps under duvets and blankets and wondering if that would suffice (clue: it didn’t).

It was very clear from the get-go that producing great sound was going to take patience.  And creating plays where we sounded connected and in-the-same-space – that felt a long way off.

We explored phones and apps, phones and lavalier mics, computers and USB mics. We built pillow forts and hung duvets.  We rehearsed on Zoom and recorded separately. We downloaded recording software and everyone got cosy with waveforms, wavs and noise floors.  The short radio plays we had easy access to were taken from a “Round the Horne” book of scripts. And our Head of Sound, Russell: turns out he’s a vocal dead-ringer for Kenneth Williams.  Joyful.

And – as the project grew – he got hooked.  He actually built a recording booth in his flat. One of our actors converted a laundry room… and we began to get waaay more serious.

The theatre had a stash of Sennheiser mics and we were given a budget.  Adding audio interfaces took the kit to a new level and suddenly we knew we could do this properly from the tech angle.

I’d been using Cleanfeed regularly as a voice actor – it’s a professional remote recording system, rather like a high-quality audio Zoom.  Putting Cleanfeed into the mix meant we could all record together – and transform those little plays as actors.

Oh yes, the plays.  Questors New Writing group had a cache of short, original plays that could be adapted – and we even had a writer who had already had audio plays performed on BBC Radio and the Ragged Foils podcast. We were sorted.

Now we had to get the rest of the company up to speed.  So I ran three workshops for them – looking at Actors, Directors and Writers and Recording at Home.  We had 40 or 50 people at each session and they’ve since been watched on YouTube hundreds of times – not too shabby for one theatre company…

The auditions followed – the casting, getting the new audio actors set up at home and comfortable on-mic, the rehearsals, the pre-tech…

And so here we are.  Tonight is the final tech for our very first, original audio drama.

We have two more in production, a further three waiting in the wings and writers working on new future plays.

It really has been an incredible lockdown project – with an amazing, dedicated team without which it would simply never have got off the ground and into the airwaves.

And hopefully, this is just the beginning of their journey into audio drama.  A brand new quest for the Questors Theatre.

I’m a full-time UK voiceover artist and director with a broadcast quality studio, based in London. Do get in touch if you’d like to work with me on any of your projects.

Plus, you can listen to my voice demos here.

I’m also the host of Talking Creative – the Art of Voiceover Directing – a podcast for creatives, voice directors and voice artists.