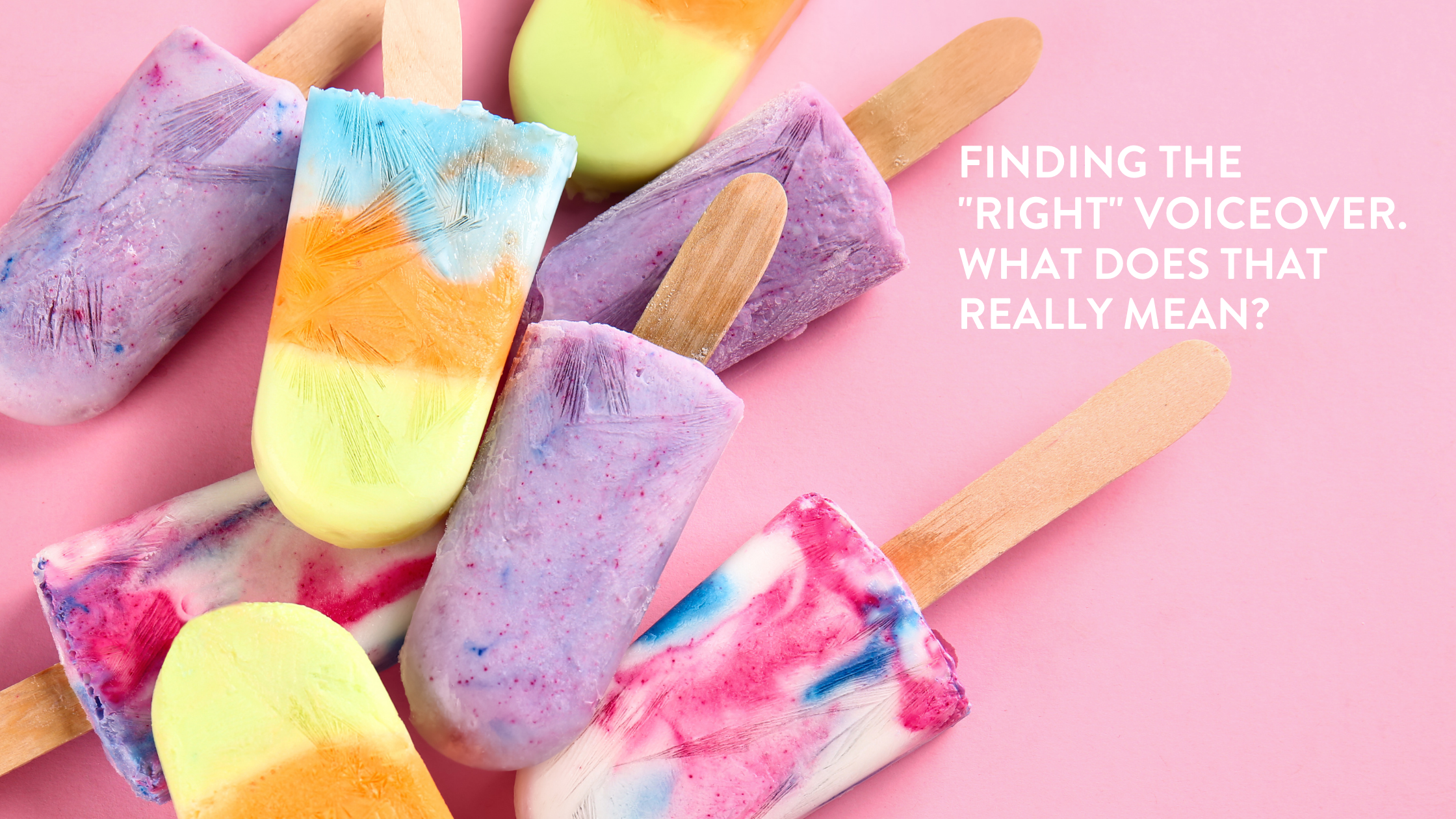 Finding the “right” voiceover. What does that really mean?

We all know about the concept of finding the right voice. But what does that actually mean?

Is that the right voice for the client – for the person who has commissioned the project or the work?

The right voice for the director or the production team who have to work closely with the voice, or the voices?

Is it about getting it right for the product or the service or the role that the voiceover is playing? Does that dictate what kind of voiceover you choose?

Is it ease? Are they local, do you know them, are they the same person you used last time?

Does the right voice need to have a studio… or the right kind of studio, with right equipment and connectivity?

Or is it the audience, the listener?

The truth is, it’s probably a bit of all that, depending on the genre.

We often talk about the audience being the King or the Queen which is the deciding factor in what kind of voice you pick. Though of course – the audience or the listener is rarely just one kind of person. So even that isn’t simple.

But let’s consider some of the those issues mentioned above.

For instance, this week, I’ve had a short audiobook, a TV promo, some explainer videos and an audio drama to record.

And the reasons that I got booked for all of these things, were all totally different.

This particular book was a short children’s story. And it’s the second book I’ve recorded for this particular author – which was definitely a consideration in terms of booking me.  She’s creating a bank of stories and wants consistency with the narrator who’s reading them.

She also needed someone with a studio. And someone who could self direct and knew what they were doing.

So these are practical considerations.

Originally, when I was hired for the first book, it was because I had the right balance of storytelling and characterisation for that particular story  – the right style and feel for the listener.

The TV promo was slightly different.

The company didn’t need a voice with the studio, because I was going to their studio. And although it was useful that I was fairly local, it wasn’t a deal breaker because, even if I’d lived 500 miles away, they would have been a prepared to get me to the studio (or a studio) if they wanted me.

They also wanted somebody they knew could deliver because it was a really tight turnaround. It was on air that day – they didn’t have time to make any mistakes with who they picked.

Again, these were different. They were technical explainers and they had complex language so they needed someone who could run with that.

And they definitely wanted a female voice but they were looking for someone with a friendly but confident style, and someone who could dial down the formality and not be too stiff. Because the listeners, their internal tech people, were very knowledgeable.

They also needed somebody with a studio and a voice who could self direct and create a post-produced, finished file. I was a repeat booking on this as well as they’re creating a number of similar videos internally.

For the drama I was booked because my voice felt right for the character and it needed to work alongside other voices.

Audio drama directors have a number of things to consider because all the actors in an audio drama need to sound quite distinct from each other. The audience needs to know exactly who each character is, just from the sound of their voice. So, if you get a cast of voices in who sound quite similar, that’s going to be a real problem for the listener.

Also, the director needed to know I was an actor – experienced and used to working with other people – and all of us needed reliable studios that could link up together.

Of course, in all these instances, the listener – the audience – was the ultimate King or Queen.

And that’s what the goal is when we’re creating something. There is a listener who we are creating it for. So being mindful of who you’re talking to and what kind of voice and style will resonate with them is massively important.

But there are all these other things which are also relevant – though of course, they can be dialled up or down, depending on the project.

Does the voice sound right? Can they deliver the style, sound, emotion and energy that the director is looking for?

Do they have the right experience?

Do they have the right equipment?

And something we haven’t mentioned yet: do both sides agree on the budget?

Are they available – that’s another thing.

And, of course, are they easy to work with? No one wants to work with a pain in the arse.

So that’s why finding the right voice is a lot more complex then it seems when you first look at it.

You might have noticed that a lot of things here were very practical. Do they have a studio? Are they available? Have they got the right experience? Are they fun to work with?

That is slightly less sexy than “do they sound like a high priestess who’s about to go into battle” but the practical things are very much part of the mix.

In next week’s blog post, I’ll be looking at why thinking about voices sooner, rather than later, in a project can be a really great move.

It’s a common issue that voices and directors come up against because often the voice is the final jigsaw puzzle piece that’s put in place in a project. This is a bit of a sweeping statement – and doesn’t always apply to drama-based projects like animations, gaming or some audio dramas – but for many projects the voice is considered after all the writing, the ideation, the concept building is finished.

And actually, if you turn that round, it might make a big difference to the ideas you dream up in the first place.

But that is next week!

To see if my voice is right for one of your projects, you can check out my voice demos here.

And please do connect or follow me on LinkedIn here for more chat about voiceovers, directing and all kinds of creative stuff. I’d love to link up.

PS: I have a podcast called Talking Creative, the Art of Voiceover Directing. This blog post is also available as a podcast episode – if you want to listen to it.